I sometimes get asked – what’s the difference between colour correction and colour grading? Can’t I just slap on a LUT (Look Up Table) and be done with it?

In some circumstances, perhaps you can. But that would be doing a great disservice to the footage you’ve painstakingly gone to great lengths to create. Even with the best DoP (Director of Photography) producing perfectly exposed shots, there will alway be an opportunity to enhance certain elements within a frame and create a unique, distinct look for your masterpiece.

When you study each shot in your film long enough you will start to see that perhaps a face or detail in a shot needs a little more light, or the colour in a talent’s eyes need to be emphasised more. Maybe part of the frame – or a specific object in shot – inherited an unwanted colour cast and that needs to be aligned to the rest of the frame.

Colour grading is often used as an umbrella term that includes both colour correction and colour grading. The two processes do go hand-in-hand, and they more often than not are done by the same person in post production. But there are distinct differences between the two.

What is Colour Correction?

Colour Correction is a technical process that fixes colour issues, such as exposure (under or over), colour temperature, undesired colour shifts, or using ‘dodging and burning’ techniques to bring out, or hide specific parts of each shot. The goal of this process is to make footage appear as natural and consistent as possible across the film.

What is Colour Grading?

Colour Grading a technically creative process, with its goal being to transform footage into a visuals style that is consistent with the Director’s creative vision. Colour Grading can produce emotion and atmosphere, radically changing the entire colour palette of how a film or video was shot.

The video grading process is very powerful and can achieve truly transformational things such as changing day shots in to night shots, or changing summer scenes to winter scenes.

Grading takes advantage of colour theory to help persuade your audience into feeling the way you’d like them to feel.

The choice of colours in modern-day filmmaking can have a huge effect on the audience’s emotional response to what they’re watching. Deep bright red, for example, may suggest danger and contribute to raising the viewer’s blood pressure, whereas softer more pastel oranges may create a feeling of love, beauty and romance. We often see deep greys and blues in spy thrillers to suggest the cold, stark atmosphere of the story, which in turn may create a feeling of suspense within the viewer. This technique works particularly well as typically the hues on this side of the colour wheel traditionally invoke calm.

Hollywood has been using these colour techniques for years, and they’re all based on tried and tested colour theory.

Colour Grading is typically done once colour correction is complete.

What is Colour Theory? 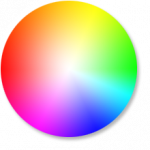 Colour theory is a fascinating and complex subject, but at its most basic it can be understood as two groups of colours on opposite sides of the colour wheel that evoke particular feelings. There are warm hues such as reds or oranges; they’re present to make you feel energetic and engaged with life, while cool greens remind us to be calm and slow us down.

Once you understand how different colours can make humans feel, a creative Director or Colourist can strategically take advantage of these with these emotions to create suspense, intrigue, love, passion…

In essence, using colour theory in filmmaking is about sending a message – or telling a story – without saying anything. It’s a powerful too that all filmmakers, and creative video agencies should understand.

If you’d like to understand more about how colour can transform your film or video project, please get in touch with Colour Grading London.