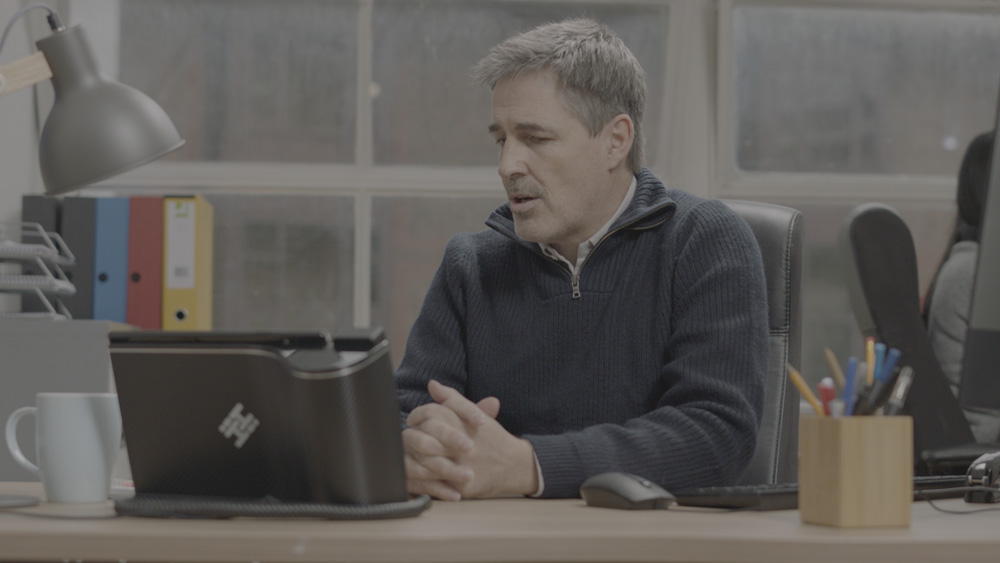 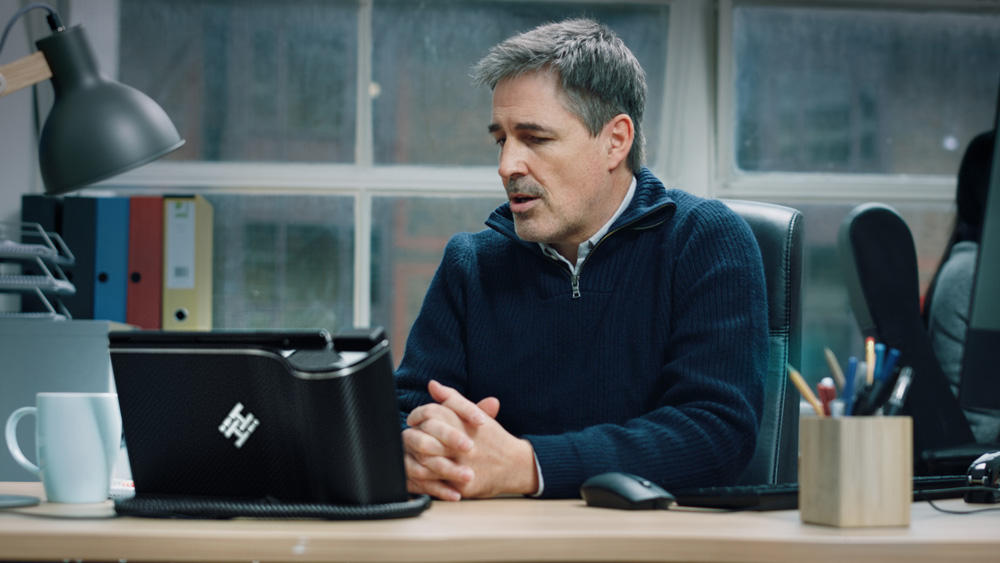 The client’s team were working to a very tight deadline to deliver two television commercials ready for broadcast on UK terrestrial TV.

My role was to correct and adjust the colour and exposure, and design a consistent colour grade aligned to the product’s brand values and vision.

One of the most interesting challenges was a requirement to convert an office scene shot during the day, to an office scene that appeared as it was shot at dusk/early evening. This involved adjusting the light on the talent’s face to use a palette more suggesting of early evening.

The office windows in the rear of the shot were blown own out with white light, so these needed to be adjusted to appear as if an approaching sunset was the reason for the light source.

As this was a high profile commercial project, it was incredibly important for the company’s logo on the product to stand out in every shot. This was achieved by a number of carefully positioned and tracked ‘windows’ which I introduced using DaVinci Resolve Studio – the software of choice used by many of the top Hollywood and professional Colourists.

These ‘windows’ targeted the product logo’s visual characteristics and increased the luminance of the lighter, white areas.

It was exciting seeing the broadcast tv commercials go live, and air across Channel5 and ITV.